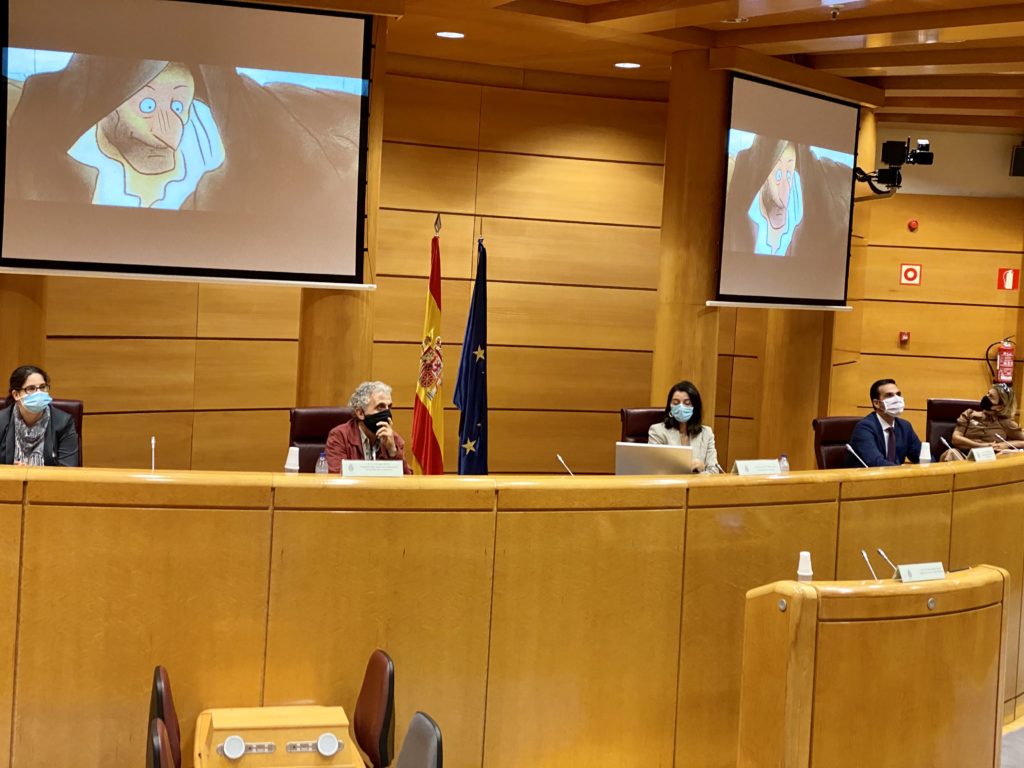 Animated film JOSEP will be released in Theatrical cines in Spain on December 4th, as Announced officially today by Imagic and Filmin, the distribution partner chosen for this trip.

The announcement took place in the Senate of Spain, where the official teaser was Presented for the first time in public. Hookup women on dating-hints-tips. The Senate alojado today the presentation of the book LA RETIRADA, by Georges Bartolí and published by El Mono Libre. The French version of this book was the spark that lightened the idea of the movie JOSEP tono director AUREL when he discovered the book a decade ago.

The event at the Senate was hosted by Senate presidente Pilar Lobo and it was focused in the life and works of Josep Bartolí, the Catalán anti-fascista designer who inspired the film. The teaser had a warm welcome by all the assistants